Last Thursday night, I attended a 2 hour session for parents of autistic children, run by one of our local support providers, Kerry’s Place, titled: Planning for Transition to Adulthood. Our son is 14, in grade 9, and as the presenters said, “it’s an optimal time to start planning.”  The room was set up poorly with yucky flourescent lighting, a variety of chairs, and some flip up tables.  Bottled water, and chocolate chip cookies were offered but most people had brought their Tim’s.  The projector was mounted in a way that made the size of the screen about 36 x24, and a ream of handouts were given to us.

So when I say “our local”, I mean that Kerry’s Place is one of really 2 providers that can offer my family anything as we live in Elora, Ontario.  It hasn’t always been this way.  [insert a brief history on Autism funding changes in Ontario since diagnosis.]  Our son was diagnosed when he was in grade 2, at the age of 7.  It was a long time coming, and we did it privately, structuring the payments for the required psycho-educational assessment over two calendar years.  At the time, he was diagnosed with PDD-NOS which stands for Pervasive Developmental Disorder (Not otherwise specified).  Then the definition of autism changed (around 2013) and the amount of funding for autism didn’t increase, but the umbrella that we were all standing under got a little smaller.  That’s not quite the right analogy…we were hopeful that with an all-encompassing definition that support for autism would be more generalized but more plentiful.  But really what everyone needs is a different umbrella, after all if you’ve met one person with autism….you’ve met one person with autism.

Services at this time became more centralized….and that means focused on cities.  I get it, I really do, it’s a numbers game.  But at the same time, specialized groups in schools, or local camps for students, started to evaporate.  It’s a really old, really hard-to-win argument….should we integrate or should we offer specialized programming?  Our board, for example, has tried to make each school able to support its local students with autistic needs.  Yet, the hubs in the schools for autistic students have disappeared.

Right now, our family has been on the waiting list for 2 1/2 years for ABA treatment.  He has received two sessions since his diagnosis, and his spectrum traits are not severe at all. We compensate by trying to find awesome, autism-supporting groups in the community where he can be himself, and get some social experience.  But the needs are still there.  Needs like finding others like himself.  He says “Being with people who are not on the spectrum, is like eating toast without the butter.” That’s a direct quote.  I feel like I’m always telling my son who he could be, and he needs opportunities to develop his own identity and to recognize his strengths for advocacy, for education, for employment.

Thursday’s workshop was quite intimidating.  As our son moves from 14 to 18, the programming becomes further away from us geographically.  We’ll need to think about education, transportation, legal rights to care/intervention, housing, all the things you normally need to think about preparing for an empty nest….except I’ll always be thinking: will he survive or thrive in this environment?  Having local, continuous support, will be one of those key pieces that make the difference.  We learned in our workshop about critical funding supports for each of these that will require hours of preparation and planning, priming and probably panic for each of our children to be the best version of them as adults. 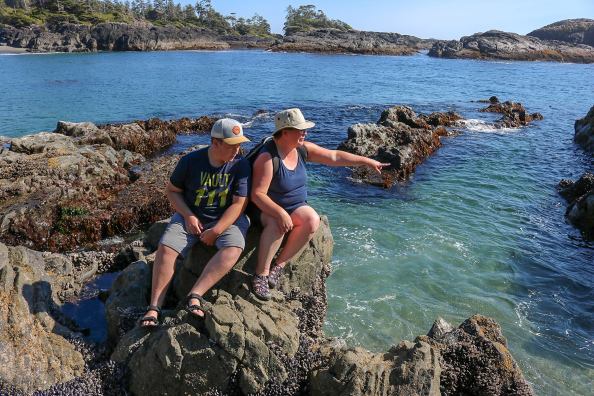 With the proposed changes to autism funding, to both communities and the absorption by our publicly-funded schools, we are facing dire consequences.  You see, the programs and funding for children with autism are already lacking if not non-existent, especially in Centre Wellington, so cuts will just mean impossible situations for families.

This summer, I am reaching a little further for a suitable summer camp as our local one has been cancelled…again.  The camp I’m looking at looks absolutely fantastic, with a 1:3 ratio of counsellors to campers, but the cost, even for a double-income family like ours, might be prohibitive.  I called our local office of Child and Family Services to inquire about funding maybe in a loophole under ‘child care’ or ‘support services’, and it doesn’t exist.  The camp itself gave me a list of charities that might help with funding and I will diligently go through them one by one asking, explaining, and hoping.  But can you imagine if I wasn’t a persistent, educated parent or if my son’s needs were greater or if I had more than one child with special needs or if I couldn’t drive let alone summon the courage to write all those emails? With each variable, the severity of this lack of funding is compounded.  There were people at our meeting who had driven for 2 hours to be there….it’s offered in a central area, once a year.  Can you imagine the vast array of reasons that might make the parent of an autistic child unable to attend that meeting?

Post script: I have to recommend that you read the book: Neurotribes by author Steve Silberman http://stevesilberman.com/book/neurotribes/— It’s available by audiobook as well as in print, and if, like me, you do a lot of travelling, then the audiobook is very digestible.  I’ve never read a more complete book on autism and the challenges that society faces going forward than in this book.

UPDATE: On July 17, 2019 this post was picked up by Doug Peterson’s weekly podcast called This Week in Ontario Edublogs as one of the featured blog posts related to special education in Ontario.  Listen here: